Genetic testing including targeted gene panel in a diverse clinical population of children with autism spectrum disorder: Findings and implications.

We performed genetic testing including microarray, fragile X testing and targeted gene panel, consistently sequencing 161 genes associated with ASD risk, in a clinical population of 100 well characterized children with ASD. Frequency of rare variants identified in individual genes was compared with that reported in the Exome Aggregation Consortium (ExAC) database.

We did not diagnose any conditions with complete penetrance for ASD; however, copy number variants believed to contribute to ASD risk were identified in 12%. Eleven children were found to have likely pathogenic variants on gene panel, yet, after careful analysis, none was considered likely causative of disease. KIRREL3 variants were identified in 6.7% of children compared to 2% in ExAC, suggesting a potential role for KIRREL3 variants in ASD risk. Children with KIRREL3 variants more often had minor facial dysmorphism and intellectual disability. We also observed an increase in rare variants in TSC2. However, analysis of variant data from the Simons Simplex Collection indicated that rare variants in TSC2 occur more commonly in specific racial/ethnic groups, which are more prevalent in our population than in the ExAC database.

The yield of genetic testing including microarray, fragile X (boys) and targeted gene panel was 12%. Gene panel did not increase diagnostic yield; however, we found an increase in rare variants in KIRREL3. Our findings reinforce the need for racial/ethnic diversity in large-scale genomic databases used to identify variants that contribute to disease risk.

About the Author: Manish Bhatia

Dr. Manish Bhatia is an internationally renowned homeopathy doctor. He is MD Pediatrics and one of the global experts in treatment of autism and other neurodevelopmental issues of children. He has done dual masters and treats both children as well as adults. He is also a well-known authority on Organon of Medicine. He was awarded with the prestigious APJ Abdul Kalam State Level Teacher's Award in 2016. He has also given seminars and webinars in several countries of Europe, Americas and Australia on topics like Autism, Pediatrics, Case Taking, Mental Health, Organon in Practice, Posology etc. 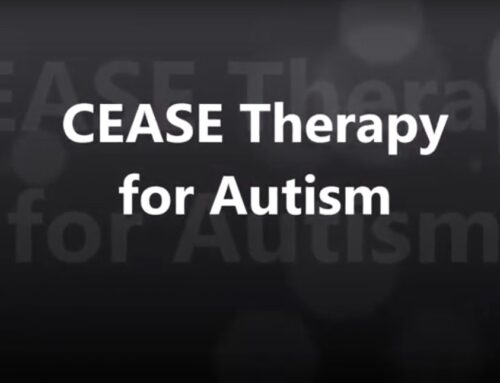 High Functioning Autism in Children and Adults – Diagnosis and Treatment Autism Symptoms Checklist in Babies and Adults. Signs and Symptoms of Autism in Boys and Girls. Gallery

Autism Symptoms Checklist in Babies and Adults. Signs and Symptoms of Autism in Boys and Girls.